Following an incredibly strong summer for football (Euro 2020) and sport as a whole (Olympics), attention has started to turn to the new Premier League season. New clubs for the likes of Jack Grealish, Ben White and Danny Ings, as well as exciting new Premier League recruits Jadon Sancho and Ibrahima Konate, have fans enthusiastic for another nine months of football.

Sponsorship plays a pivotal role in how clubs fund their transfer market activity, and DataPOWA’s historic deal database enables us to look at sponsorship trends. We’ve broken down team shirt sponsors over the past 30 years, the last season (1991/92) prior to the Premier League creation in 1992/93 up to the new season, in order to investigate how the Premier League sponsorship market has changed over time. 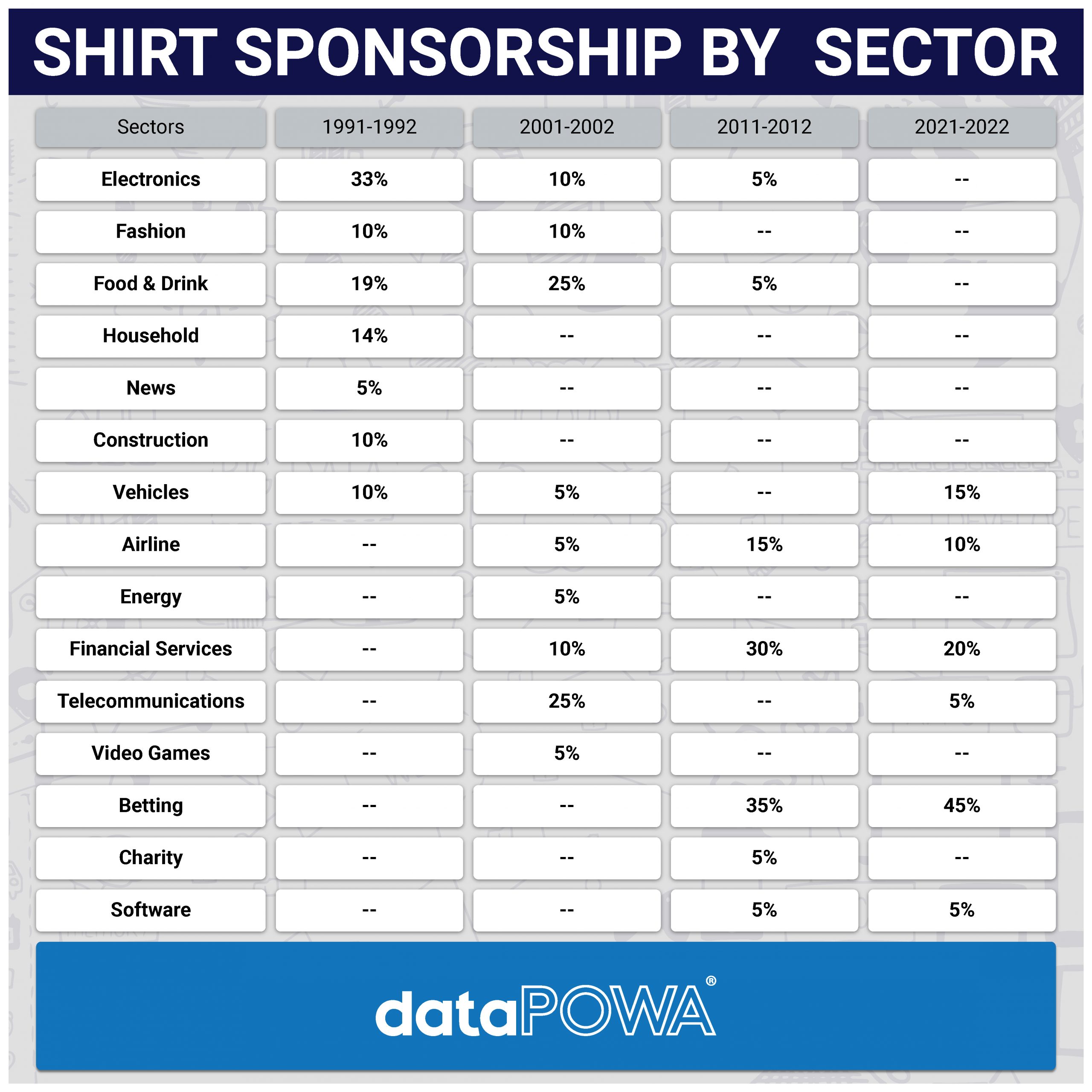 Other points of interest:

DataPOWA’s deal database, in conjunction with advanced ML algorithms, allows us to estimate both current market value and expected return on football sponsorships, allowing both rights holders and their sponsors visibility on the potential value of any deal.